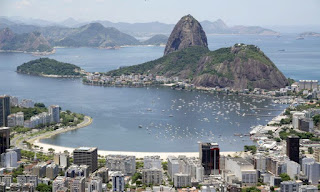 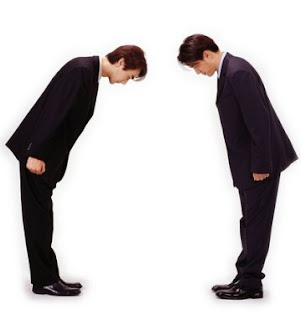 1) Politics. Avoid mentions about politicians, parties and governments, unless you are a paid journalist, an active politician or a retired politician.
2) Justice. Avoid dealing with legal issues, unless you are a lawyer.
3) Defense. Avoid military matters, unless you are a career diplomat or a retired military person.
4) Religion. Avoid defending religious positions, even if you are a cleric.
5) Falsehood. Do not pass on foolishness or falsehood, unless it is clear that it is harmless humor.
6) Relationships. Try to prioritize personal and social relationships that are festive, artistic, cultural, literary, historical, linguistic, scientific, sportive or ecological.
7) Reservation. In the case of partisan political, judicial, military or religious issues, try to treat them only in one-on-one conversations, in messenger or in the old e-mail, not in open network.
8) Fun. Always take into account that the use of social networks is healthy only if used for fun, fraternization and remembrance, never for attacks, offenses, prejudices and spreading false accusations.
9) Friendship. Always think of the discomfort you would have if you noticed that even for friends you are being inconvenient in your posts.
10) Instrument. Contribute with your attitude to keep social networks free of mythomaniacs, prejudicious and fanatics of any kind, avoiding propagating their dementias.

Cacildo Marques - Organization of culture and defense of citizenship (OCDC) 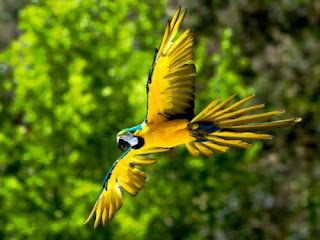 Freeing Brazil of the destructive Romanticism

Freeing Brazil of the destructive Romanticism 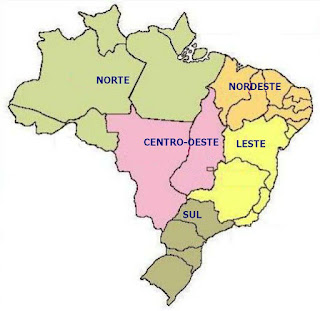 Regional division of 1913 changed by the military regime

The Napoleon III of Turkey 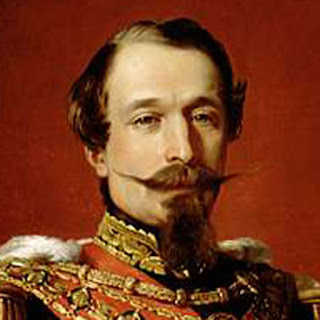 The Friday night (2016/JUL/15) turmoil in Turkey has been really foggy. Now not anymore. The problem is that one had not how to answer several questions: (1) with that order did President Erdogan abolish, one month earlier, the parliamentarian immunity? (2) why did the President decide last week to make up hastily, with two countries which until then were enemies of death, Israel and Russia? (3) why was one of the first steps in the Sunday morning, shortly after the "coup" against him, the imprison of 1,200 national judges? (4) why does he attack the Peshmerga army, the greatest enemy of the ISIS, when the ISIS commits attacks in Turkey? The answer to these four questions is built in response to the version he gave to the "military coup". This has been perpetrated, he said, by cleric Gullen, his personal enemy exiled in the United States. Firstly, Erdogan has experience in quelling street riots, like he has made with the youth in 2013. Secondly, the Turkish army is one of the most advanced in the world and would not perpetrate a military coup that was not a palace coup, as the one of Deodoro against Don Peter II in 1889 (Brazil) or that of al-Sisi against Mubarak in 2011 (Egypt). To send soldiers to the streets in alleged state of siege which left the president and the premier free and loose, enjoying the break weekend, is not consistent with a well-trained army. In countries more underdeveloped of Africa is that it used to occur, post-Cold War. Finally, knowing the request for extradition that Erdogan made to Obama as for his person, cleric Gullen accused President Erdogan by having armed what seemed a coup attempt. At first glance, it seemed an explanation along the lines of "conspitacy theory".

A second analysis shows that an army formed in the philosophy of the maintenance of secular state under any cost, such as it is that of Turkey, would never attempt a coup under orders of a clergyman, and on top a teenager, no palace coup. With this hepatic complaint, President Erdogan undid the mystery. He had gagged the Parliament one month before with the ban immunity. To the judiciary, only with the implementation of State of siege he would get it. As the array could get out of control, on the night he spread he was the victim of "coup" attempt. Now, among judges and military are more than 6,000 prisoners. And the rulers of France and US has hinted that saw the game. Ayrault, Socialist foreign minister of France, said that Erdogan "can not think he has received a blank check only for having extinguished the coup". President Obama, in esponse to the request for extradition of the cleric, said Erdogan must first prove that Gullen has been the mentor of the "coup".

As for the resumption of relations with Russia and Israel, it was just good neighborhood policy, to clear the land with a view to higher flights. He has combined with Russians, but not with the US and EU. And now he promises to restore the death penalty, which he had abolished with the hope of entering the EU, which entry, now, without the British Empire, perhaps no more interests to the "New sultan". 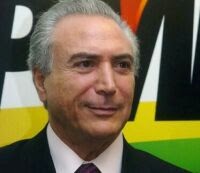 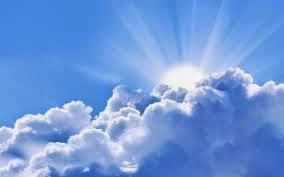 
What is transcience - active consciousness of transcendency


SOCIETY. From the 7000 year B.C., with the beginning of the agriculture and other advancements, or even before that, certain individuals inside their villages started to speculate on the transcendence of the visible space and of the vital blow of each one. Almost the totality of the human beings was keeping on leading its daily life cutting firewood, hunting, fishing, gathering fruits, planting cereals and repairing the vegetal covering of his dwellings, without being preoccupying by the post-mortem. Thought, feeling, memory and will, all these attributes seemed to be lost in the end of the biological time of each one. But the appearance of those who were dying was, at least in the first hours, that of someone who was sleeping a very deep sleep, so deep that the person had not any more the cardiac beat. Therefore, in several cultures, already around the year 5000 B.C., the mightiest individuals had their bodies embalmed and mummified, waiting for a possible resurrection.


RETURN. Many centuries went by and no mummified monarch returned to life. So, during this time a new conception of post-mortality was developed, from two great expectations: a) the resurrection does not depend on the preservation of the body, because it happens by the vital blow, the specter, does not by the matter; b) since the resurrection does not depend on expensive treatment on the corpse, since it is spectral, it is accessible not only to aristocrats, but to all of the individuals who will get ready for it.


JUDGEMENT. The ancients concluded also, after centuries of speculation, that the specter of the followers of the belief in the resurrection would have a future moment for reapparition, in which those who carried out the recommendations of the wise men would return, in the entirety of their specter. This moment was defined like the "day of the judgement". This "day" can be an instant, time of a flash of lightning, but it can be also a normal day of 24 hours, one year, one century or an era. The very prepared persons resurge some weeks or months after their death. For the simple persons, the majority, a much bigger period is necessary. Therefore the ancients "saw" that there would be this "day".


PATHS. There are two roads that lead to the conscience of the necessity of the transcience: the "doctrinal faith" and the "magistral epiphany". In the first case, the person received education of somebody else and trusted piously. In the second case, in which the fact can be put upon the first one or not, the information was received by an experience of personal "meeting", at moment that can last a small fraction of second or a little more, after the person have become a master ("magister") of himself.


DIMENSION. Those who deny the transcendence up to the end know that the size of their life, in terms of longevity, is measured by the time of immanent life, the time of physical life. They measure the extension of the life of others with the same measure, and with great reason.  Now those who start to practice the transcience find out the feeling that the duration of their existence acquires new size, exceeding the time of the physical life for centuries in front, in an extension that is able to have a limit, but that perhaps comes to be interminable.


FINITUDE. A certain girl in a given day appeared horrified after a conversation with an intellectual woman who guaranteed her that there is no possibility of transcendence of the soul, calling herself convinced of that, when the body is dying, nothing any more can exist for the individual. The horror of the young girl, imbued of "doctrinal faith", can be explained since she has not perceived that the natural condition of the human being is the belief in the immanentism. Those who deny the religious doctrine received in the childhood - negation which, depending on the origin of the doctrine, is justified fully -, and do not embrace another faith, are restoring, without realizing, the perceptive "status quo", the natural condition, which is previous to an animism. That young girl did not know also that these citizens are in much more comfortable and worthy situation than those who embraced the extremist religious fundamentalism.


LIBERATION. For immense most of the persons, the entry in practice of the transcience happens through the religion. However, they are a certain number of intellectuals, of militant atheists, which identifies the religion with the Pandora's box, on basis of historical registers and in the tragic events that the world experiences from 1979, with the restoration of the theocratic government in Persia, re-baptized like Iran. The anachronism of the regime of the ayatollahs is, however, more obvious when we notice that little more of a decade before the western world was freed finally of the darkness of the confessional State. The Church of Rome finished, in 1965, the council that decided on the retreat of the clerics of the environment of the partidary professional politics and the action of the secular governments, of States of national ones, which, by much time, should be secular, but that, for this, were depending on piece of new administrative philosophy been signed in the Church. Yes, the theocratic tyranny, which caused historical tragedies, exists under theocratic governments. Under the principle of the separation State-religion, the religion was freed. In the countries where this standard is in force, the conquest of the transcience by the hands of the religion started to be something healthy, on the contrary of what the atheist militants judge. As for the States taken today by theocratic regimes, the advice that we should have given to its people is that they escape. We will welcome with open arms the immigrants who come from these places, unless they arrive like agents of this disgrace that is the expansion of the theocracy.


TRAINING. For those whom already accepted the idea of transcendentality, transcience will be the self-training for the existence after the death. If the individual survives many years and he dies without having practiced the transcience, he will not be able to enjoy the quasi-conscience of those who were let the life after prepare themselves carefully for the continuity. From he whom did not practice the transcience is not possible to wait that the specter comes to wake, because it can be that he does not come to enjoy any piece of conscience after the death of the body.